Three more weeks down! Time is absolutely speeding. What have I been up to over the last three weeks? 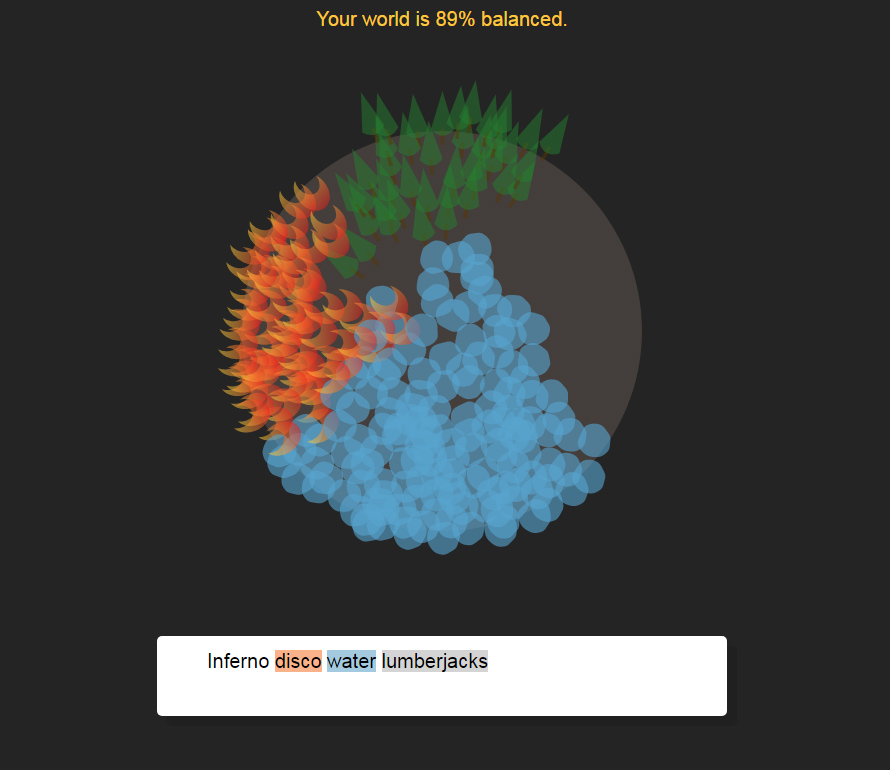 I’ve been working on some programming stuff that is not strictly tied to RC this week, but they all bleed into one another. Ludum Dare 38 was the weekend of April 22nd, and I did the jam competition. My partner and I made a simple game described here in more detail. I showed it off at RC the following week, which was gratifying. Unfortunately, I didn’t manage to Pied-Piper any other Recursers into doing Ludum Dare with me (some did, but as far as I know, no one in batch). That was mostly due to…

Conference-going has really picked up this spring! The inaugural Codeland coincided with most of the Ludum Dare weekend (it was all day Friday-Saturday, which really cramped my LD-style). It was a very worthwhile event, though. And then !!Con 2017 was two weeks later, and predictably fabulous. Both conferences were really social and inspiring. They also gave me an opportunity to benchmark my progress; Codeland is a conference for “code newbies”, and my experience was a little bittersweet as I realized I am not a newbie any more. And my experience at !!Con was super different than last year - I followed technical aspects of talks better, felt less mind-blown all the time (or at least, the mind-blowing had an “OMG COOL” feel rather than an “OMG I am so lost” feel), and I was more confident introducing myself to strangers as a programmer. 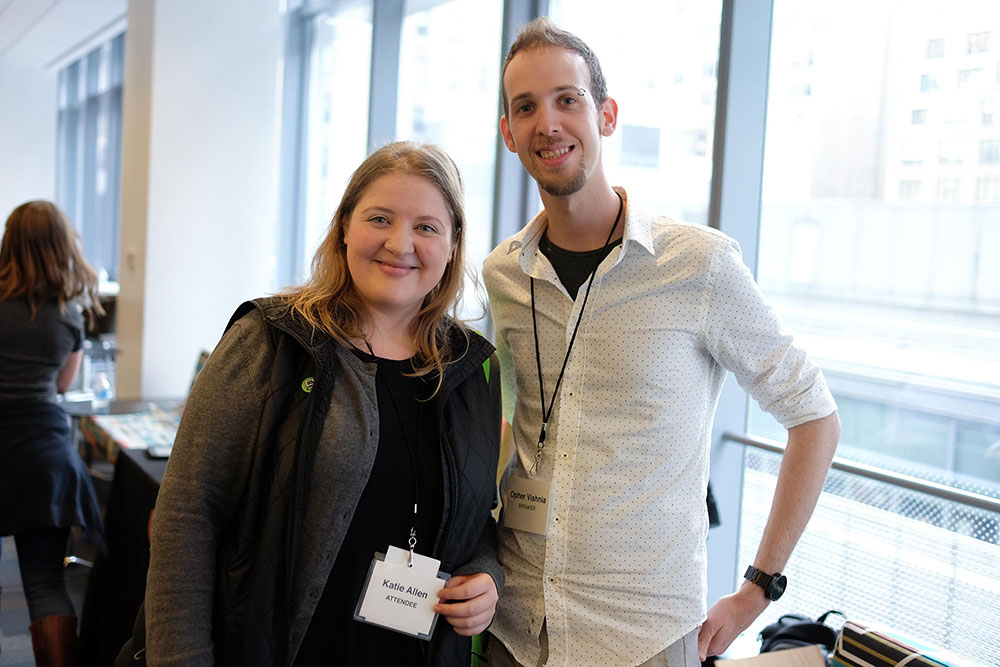 One neat thing that Codeland included was a workshop morning, and I chose to attend a Docker containerization workshop. It was hosted by some guys from a sponsoring organization, Linode, so we got to deploy Flask, Django, and Wordpress “hello world” apps to already-spun-up linodes in the cloud. That was pretty neat, and I learned a lot about containerization and what that actually is. That background dovetailed nicely into a talk that the fantastic @botwhytho gave at RC at the end of last week about containerization. He covered a little more about Docker, talked about other containerization technologies like Kubernetes, and presented without the lens of Linode. So that was an educational tie-in.

And it was nice to be talking about deploying Flask and Django apps to containers while I was working on getting a better handle on those frameworks. RC held a Flaskapalooza day a week or two ago, and it was the first engagement I had had with Flask. It has inspired me to start a small project in Flask. And the incredibly patient @ivanistheone walked me through a Django 101 last week, where we built a beginner Django project up from scratch. Despite using Django for a few months now for a web game project I am working on, I feel super shaky on Django (in large part because I am ignoring all good advice and trying to learn Django and Elm concurrently). It was great to get a walkthrough from someone who is an expert, and a really efficient and pleasant way to get more knowledge about how Django actually works. My confidence as I get back to working on my existing project is much higher!

I let interview prep work take a back seat over these weeks, having noticed how much of a negative impact it was having on my mood. I also met and talked with others from RC who came from nontechnical backgrounds and focused on Python, and they had pretty long job hunts ranging from 3 to 6 months (

). The realization that my job hunt after RC is likely to be long has me reconsidering my plan to spend the last half of my batch focused on job-hunting activities. Even so, I’ve been keeping up with exercism.io programming exercises (I got to meet founder Katrina Owen at Codeland Conference, that was AMAZING!), I attended the Women Who Code NYC monthly algorithm meetup, and I did one session of whiteboarding practice and planned more for the next 6 weeks.

My biggest win over these three weeks was submitting my first PR to an open source project. Open source contribution was a goal I had for my time at RC, and it took multiple tries pairing with the wildly wonderful @eliasdorneles to get onboarded onto the PyBeeWare VOC transpiler project sufficiently to submit my (very first ever!) PR. A few tweaks later and it was merged, and that feels awesome. The community of that project was so supportive and excited on Github and Twitter, and that was the cherry on top! I’m excited to try and do another PR without the training wheels of an experienced contributor over my shoulder. 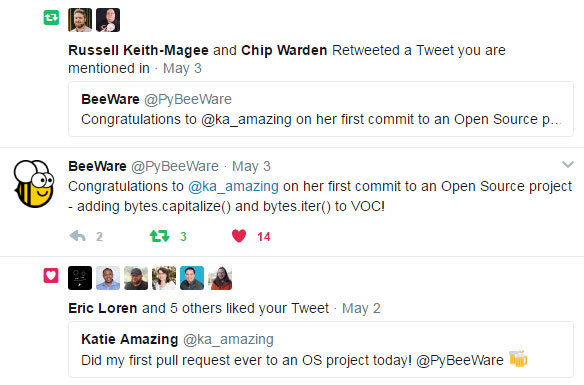 My ambitious a book a week during RC project has ground to a halt. I started reading “Fluent Python” by Luciano Ramalho after my first three books, and it has been slow. It is valuable, but dense and not at all conversational or skimmable. I will continue reading over the two week break and resolve to put it aside when RC resumes so I can get back to my schedule.

At the end of last week, my friends from the overlapping Spring 1 left. Before they went, I had blocked off the whole week to be social and soak up as much of those beloved people as I could, which I really enjoyed. Though it definitely was a hit to my productivity, being super sociable and staying out late most nights was wonderful. I hope I can find a way to add more of that into my next weeks at RC. If I want to keep my programming productivity up, my home-life tasks will be the ones to suffer. But I think I can let that slide for six weeks without too big a penalty (hopefully not famous last words!).

So, it was hard to say goodbye, but it has reminded me to enjoy the RC ride to the fullest. I know it will be over so soon, and I have to do my best to make the most of it and cherish the people AND the work!

Next comes two weeks “off” (my todo list is silly-long), and then three more weeks!