Another Ludum Dare game jam happened a few weeks ago! As is typical, I did the jam (72 hours, slightly relaxed rules, teams allowed - hi @Johnicholas). The theme was “running out of power”. We got really lucky with the theme - we actually concepted this game about a week early, and hoped for a theme we could shoehorn in somehow. That worked out this time.

I have been playing a lot of No Man’s Sky lately, so a space-exploring, procedurally-generated universe sounded fun to create. And we play a lot of a wonderful multiplayer game called Nom Nom Galaxy, a side-scrolling platformer where you explore planets, punch strange plants and animals, and make soup out of them. And so, additionally inspired by Sims2/3 winemaking, we mashed some of our favorite games together to make Sip Sip Universe: an adventure on procedurally generated planets to explore, pick fruits, and make wines.

One of the concepts was to use some procedural generation to multiply the assets. I created fruits and planets in multiple SVG layers using Inkscape, and programmatically selected layers and render colors. This really worked out, and we achieved a lot of variety: 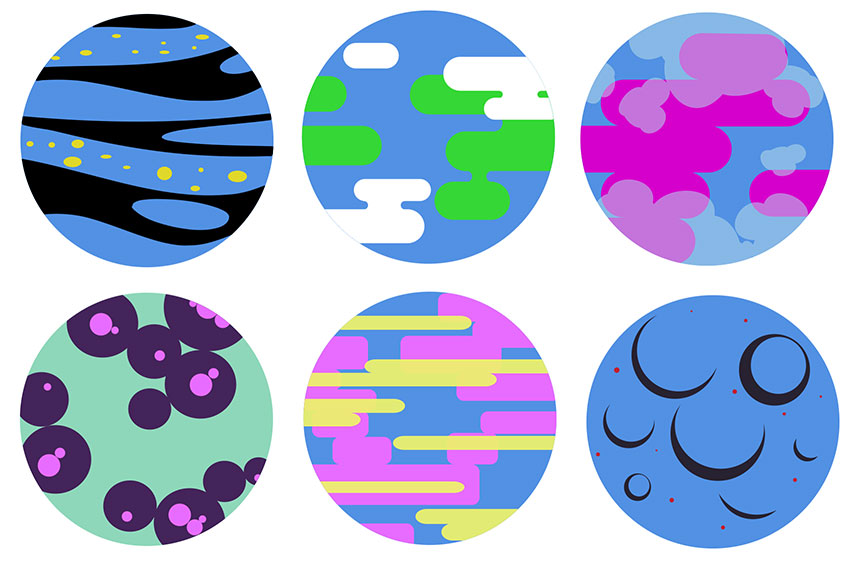 Another concept was persisted multiplayer data to allow players to name and store their wines in a “Winecellar Between the Worlds”. This added some permanence and interest to the process of making and naming bottles. I wrote a Lua backend on webscript.io to handle the data, which I had done before. The new part for me was sending the requests from Javascript. It was very satisfying to implement JS promises seamlessly, after some months of learning about them tangentially. Getting the dialog boxes to play nicely was challenging, and they still don’t look as slick as I imagined them - UI is hard, idk. Still, the wine descriptions that everyone could read did add a lot to the game and was a top highlight for many players.

Exploring planets was a big part of the game concept, and unfortunately the area we made the deepest cuts to during the jam. While you can walk around and enjoy a partially programmatically-generated world while you collect fruits, we did not implement terrain collisions on the planet surface. We also considered having destructible terrain, as No Man’s Sky and Nom Nom Universe have. We also imagined having some enemies to fight or avoid. Lastly, we imagined an “underworld” that felt more like a cave spelunking or roguelike that the player might access through holes in the planet’s crust. We didn’t get anywhere near enough time for this in the original 72 hours!

We also wanted planet and ingredient descriptions to have procedural descriptions and qualities. Another element that got cut for time was a music system.

However, we continued work on this game in the following weeks, and I am pleased to present the Sip Sip Universe Platinum Post-Jam 2017 Thing of the Year Edition. This version uses webtask.io, a backend in JavaScript instead of Lua. I found it a much more challenging backend to use, but the switch was forced by webscript.io shutting down soon. This version does feature terrain collisions, an underworld with monsters, and music made by yours truly. 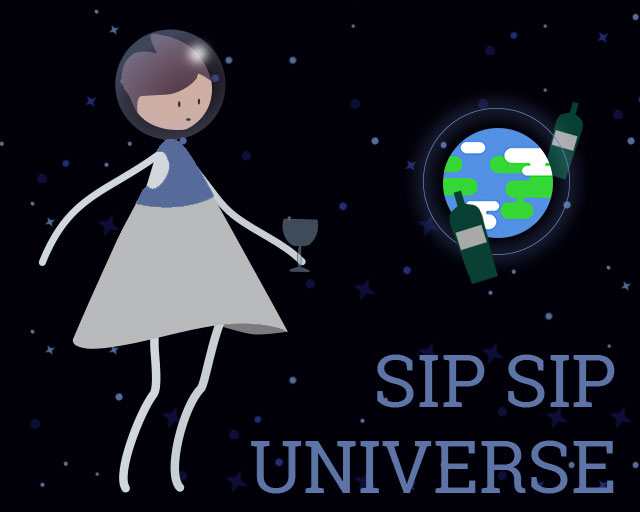 Play the game here (probably only works on Chrome)!

If you’d like to play the original jam version for cringe and/or comparison, find it here. Or if you would like to rate/comment on our entry, here it is at the Ludum Dare site.